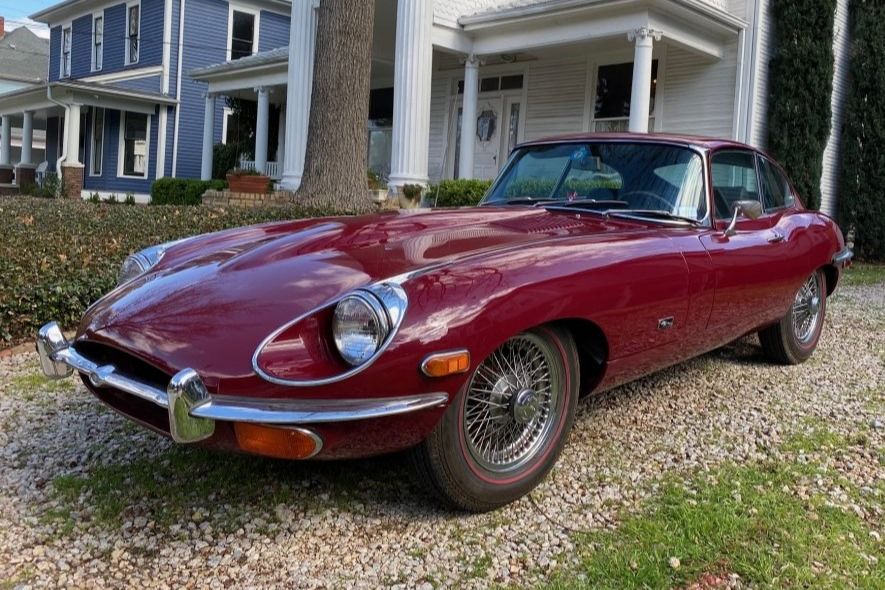 This 1971 Jaguar XKE Series II coupe was reportedly purchased new in California by the current owner’s late brother-in-law and was brought to Texas in 2004. It is said to have underwent a refurbishment in 2008 before being inherited by the current owner. Finished in red over a black interior, the car is powered by a 4.2L inline-six paired with a four-speed manual transmission. This Series II XKE is now offered by the seller on behalf of its current owner with handwritten records, refurbishment photos, and a clean Texas title.